For the last few months I’ve had my head buried deep in the sands of a new programming project. That always means less writing and journaling and social media posting, and being a hermit IRL too. My only regret from these phases is the shut-in thing, but the upside is becoming a temporary wellness nut. No caffeine, little or no alcohol, daily meditation and yoga, trips to the organic supermarket instead of restaurants. The last two weeks have been particularly productive, 10,000 lines of code were written. 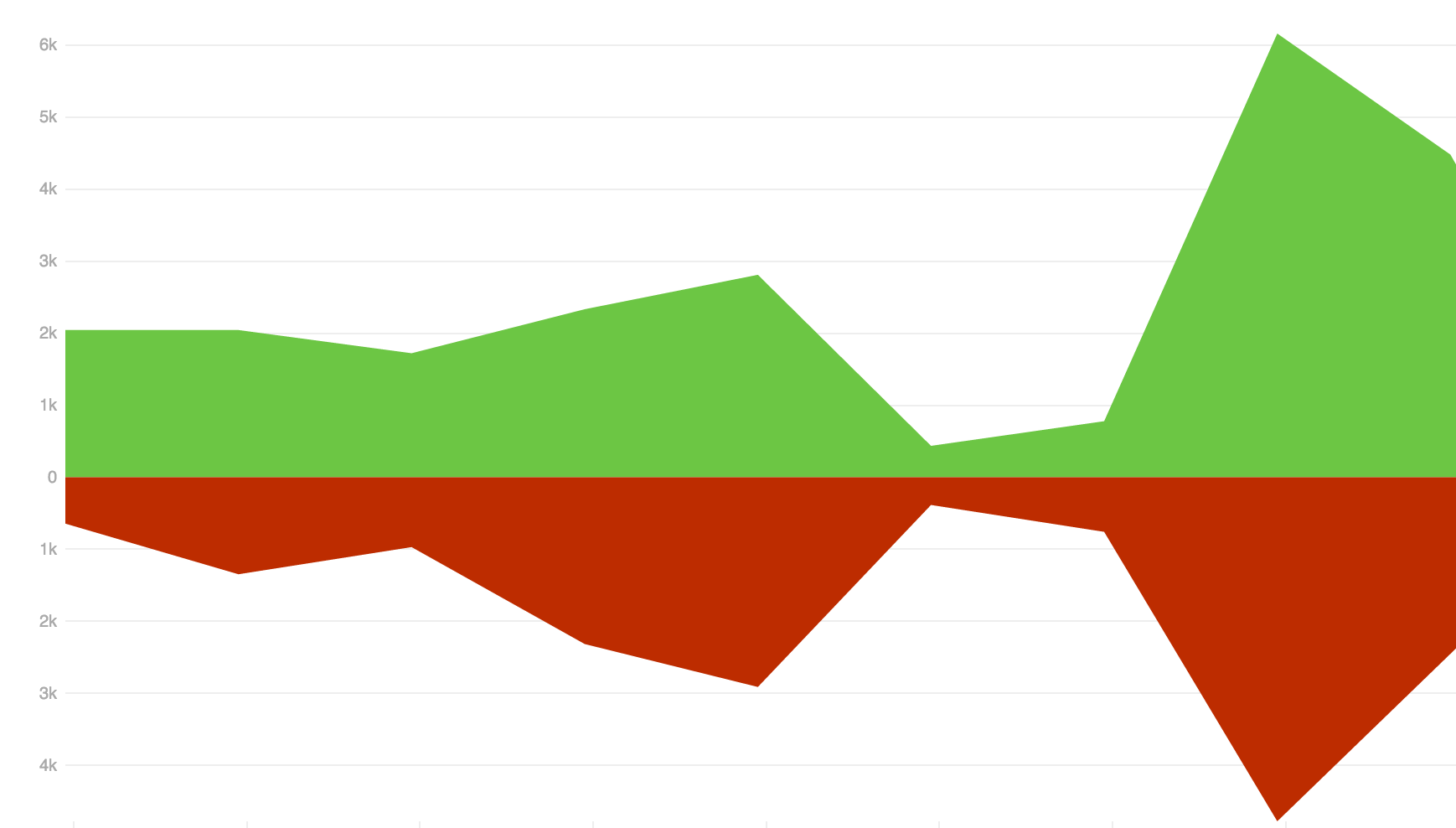 That’s what the big jump in the final third of the graph represents. On the x-axis are weeks dating back to December when I started. On the y-axis, the green represents lines of code added and the red is lines of code deleted. The mirror-imaging of additions and deletes is typical for this phase of a programming project. Well, for my projects anyway, where I don’t set out with a fixed goal in mind but tend to discover it along the way. And discovering one thing means having to un-discover others. It’s the sanity of the routine that keeps me feeling optimistic despite some of the more painful un-discoveries and refactorings.

There’s a lot of reading in my routine, too. I’ve read a few dozen books in the last two months, of varying shapes and sizes. My favorite fiction has been Northern Lights by Philip Pullman. I thoroughly enjoyed Kafka on the Shore by Murakami; yeah it’s weird, but I never felt entitled to a hand-holding explanation of the plot like some unhappy readers. I’ve gone back and re-read some old favorites like The Little Prince and Zen and the Art of Motorcycle Maintenance. The bit in ZMM about sustaining "gumption" is incredibly relevant right now.

My new project is almost in a show-able state and I even showed it to a few friends yesterday (after shamelessly breaking my no-alcohol rule for a Super Bowl party). In stereotypical San Francisco fashion we paid little attention to the game itself and instead wrote a bunch of sardonic comedy tweets about the hype and advertisements and discussed various new ventures and art and projects and all the sources of tech omni-drama like Uber and AirBnb and affordable housing and startup politics (concluding that neither housing nor startup politics are particularly affordable).