Streak and Burning Man are in the title but I assure you that this post is G-rated and family-friendly. As of August 23rd I had contributed to open source for 66 days in a row:

Then, like any Whole Earth Catalog-carrying cyber-counter-culturalist living in northern California, I went to Burning Man. 2014 was my 3rd year, and a truly special one thanks to the truly amazing people of Amazecamp.

The trip did, however, mark the end of my commit streak, a streak that had started back in June.

I'm going to ship open source code every day for the next year, and I wrote a blog post about it! http://t.co/ombe5D38uZ #oss365

My goals were to boost productivity and give back to a movement that has given me so much. I hoped it would inspire others to do the same, and it did.

@dzello good luck with this! I started something similar a while back and, well, https://t.co/umqEOGBRAp. My rule was 20 minutes effort/day.

Continued committing during my summer holiday and reached #oss190 Now on my way to #oss365 https://t.co/LlWBoGzDwQ

Dieter is still going strong at 291! Coincidentally, he was just in SF this week from Belgium, so I got to buy him a beer: 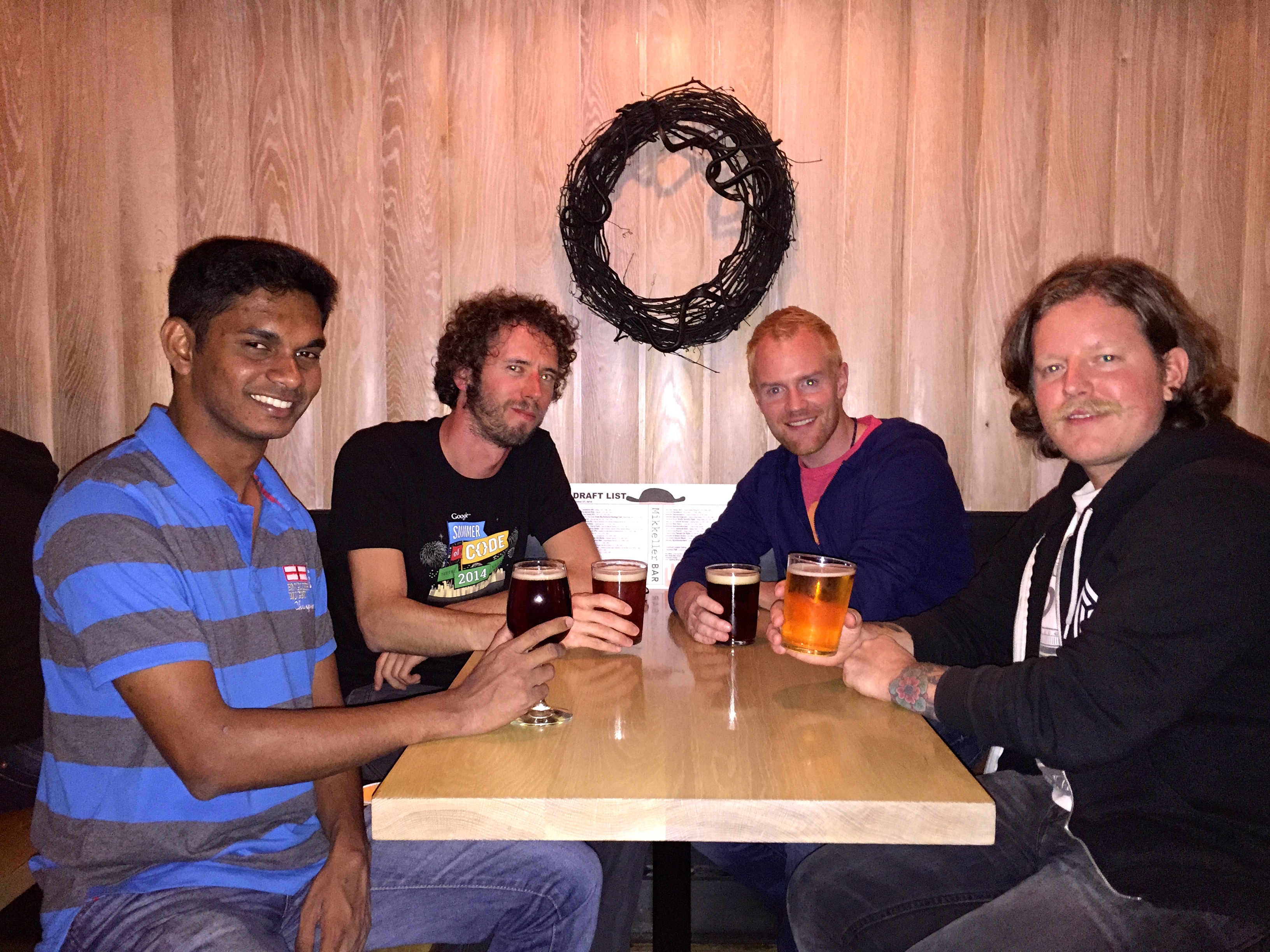 That's us in the back. Also pictured is the Mild-Mannered Mustachio of Community, @elof, and a friend of Dieter's on the left.

Other developers chimed in with words of support and encouragement:

Good luck to @dzello on his mission to contribute to open source software for 365 days! Wish we all did this. #oss365 http://t.co/INFNuQxCUl

@dzello I already passed #oss7 Although no plans doing a whole year, #oss365 is a great idea. http://t.co/KOzgWSDTEs pic.twitter.com/07k5TzHpyN

These messages were inspiring and validating, and they made the decision to end the streak in August really difficult. I had planned to keep the streak alive at Burning Man. Really. I brought my laptop. There are camps with WiFi. I would set aside one hour a day.

Heh. All wishful thinking it turned out, little more. As soon as I landed on the playa I just couldn't bring myself to think about opening a computer. Burning Man is where I come to get far away from tech, and a partial departure just isn't the same. So there and then, the first Sunday night, I let the streak lapse and promptly partied until sunrise.

I do own a copy! I bought it eBay a few years ago. This particular volume is The Last Whole Earth Catalog. 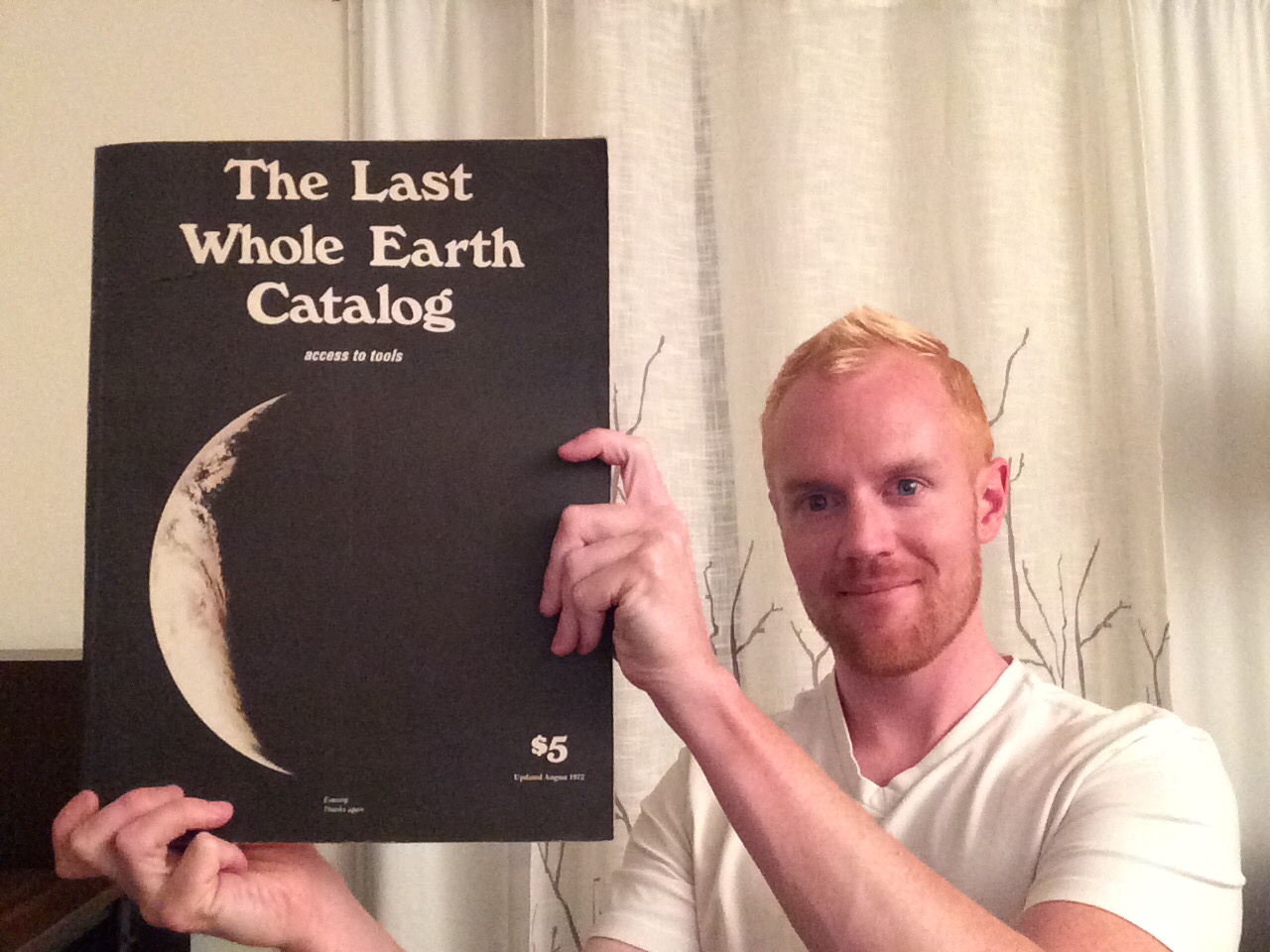